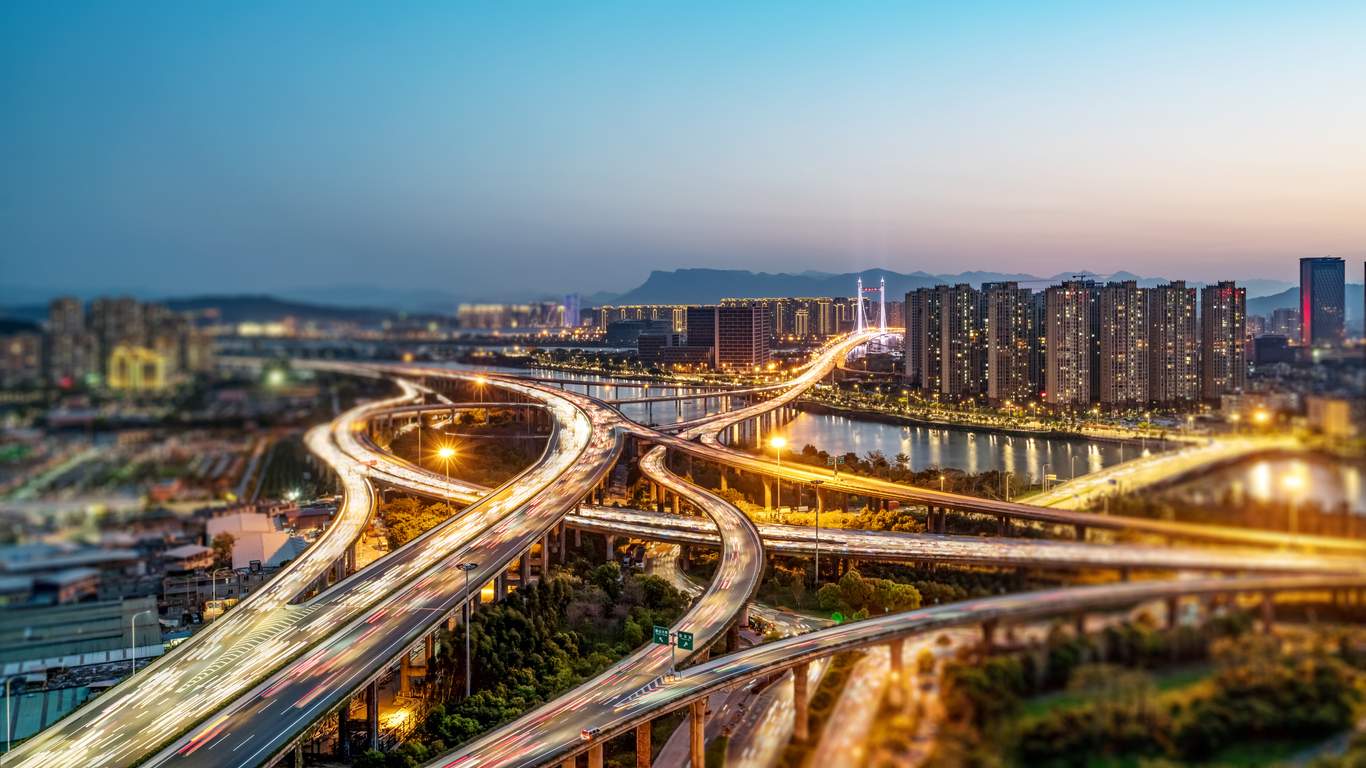 Houses for sale in Birmingham are on an upward trend, and if you’re in a hurry to sell your home to take advantage of the situation, then Flying Homes can find a buyer within just a few days. (UPDATE: September 2016 – See our article on Brexit to consider how it may affect house values in Birmingham).

According to statistics supplied by the home.co.uk website, prices for houses for sale in Birmingham as a whole have shown only a modest one per cent increase between March 2013 and March 2014. However, Nationwide Building Society reported that average house prices rose by 10 per cent according to their survey. But this doesn’t tell the whole story. While the average price of flats in Birmingham fell by four per cent during the same period, the sale price of semi-detached homes rose by 9%.

Achieving the best price for your Birmingham home

A recent report in the Birmingham Mail reported that demand for homes in Birmingham has risen by more than 60 per cent in a year representing a rate six times greater than the growth in supply. While this means house prices are inevitably going to rise in Birmingham over the next few years, you shouldn’t take a profitable sale for granted. The key to achieving the best sale price for your property involves market research and setting a realistic asking price. Set it too high, and buyers in Birmingham will be alienated before they even see your home. Set it too low, however, and you risk permanently devaluing your home in the eyes of potential buyers.

You can research the history of house sales in your particular area of Birmingham by taking a look at the city’s transaction statistics on the Land Registry website. The data consists of houses in your neighbourhood that are similar in size and condition to yours. Your property is only worth what someone is willing to pay for it, so this is an excellent resource for setting your price expectations. You can also check sales data and asking prices on the Rightmove prime location and Zoopla websites.

Do you need help marketing your property in Birmingham?

Birmingham is currently in the midst of a property boom all of its own. While average prices rose by eight per cent in the West Midlands region, they increased by 11% in Birmingham, according to Shipways’ West Midlands Market Index. New buyer registrations rose by 66 per cent in April 2013, which means the city is full of opportunities, but finding the buyers who are prepared to move quickly and pay a fair market price may not be easy. Property buyers are more price conscious than ever before, so there may be some hard bargaining to endure.

Perhaps the cheapest way to market your property for sale is to do it yourself. However, this can be a complicated and time-consuming process, and without the expertise and the knowledge of how the property market in your area operates, you could find the process a tough one. Of course, you will save the costs of agent’s fees and commissions, but these costs could end up being far less than the value you lose by going it alone. So consider Flying Homes if you want someone to ‘buy your house’ in Birmingham – we can help!

The vast majority of local people turn to estate agents in Birmingham for their quest for a profitable home sale. A reputable, experienced agent will have a fundamental understanding of the local market, as well as an extensive network of contacts. And while there is a cost involved, enlisting the services of an estate agent will give you access to more buyers in your area. Unfortunately, you will still face an uncertain timescale and the possibility of your sale falling through at the last minute.

Sell your house quickly in Birmingham by enlisting the expert property buying services of Flying Homes could be the answer. We have an extensive list of buyers who are prepared to pay cash for your home, and many of them are ready to place an offer on your property today. In some cases, we can complete the purchase of your home within seven days, although the average timescale is a few weeks. If you need a quick sale, or you just want to avoid the uncertainty and stress that the open market brings, call us today for a no-obligation quote on your home.

Is there a particularly advantageous time of the year to sell a house in Birmingham?

According to the Home website, there are some seasonal variations when it comes to completed property sales in Birmingham. According to the specialist property website, October was the most popular month of the year to buy a home in England’s second city during the period between April 2013 and March 2014. It seems that more houses sold in winter – during the run-up to Christmas – which is a little unusual. The slowest period for home sales in Birmingham during the same period was April. However, historical data for Birmingham suggests that March is the most popular month for buying property – which is a trend repeated throughout the UK. Selling a house in Spring is different because it’s a time of new beginnings, and people want to be moved into their new homes before the distractions of summer arrive.

The property market in the UK is in a state of flux. A drying up of credit and rising prices means buying habits are changing – which may explain the inconsistency of monthly buying patterns in Birmingham. However, if you are about to sell your house in the city, it is worth bearing in mind that making seasonal adjustments to your property selling strategy will often lead to your home resonating with more buyers. Subtle changes to layout, lighting and decor will be more appealing depending on the time of year.

What are the current trends in the Birmingham property market?

Like any major city in the UK, some neighbourhoods will be experiencing higher houses for sale in Birmingham, and some will have higher house price rises than others. According to a report on the Birmingham Property Group’s website, house prices in Birmingham increased by 0.6 per cent in January 2014 alone, which represents a projected annual rise of more than 9 per cent. The report also states that the city has experienced 14 consecutive months of average house price increases.

There are dozens of neighbourhoods and districts within the Birmingham metropolitan area, so it is important not to take the headline figures for house price growth at face value. To ascertain what your property might be worth, take a look at the most current sales data on The Land Registry and Rightmove websites. The Smart Move website includes some detailed information on the various neighbourhoods in the city.

What affects prices for houses for sale in Birmingham?

Birmingham is one of the primary service providers and manufacturing bases in the UK. If the broader UK economy is struggling, the city and the wider West Midlands region also struggle with rising unemployment and a lack of inward investment. However, after London, Birmingham has been the big success story of the recent economic recovery. The city has its growing financial services sector, but its manufacturing industry is still a significant employer in the area. When the UK economy is doing well, local companies such as Cadbury’s, Jaguar Land Rover and the Lloyds Banking Group start recruiting, which drives consumer spending – and the number of property buyers in the region.

Some other different factors have a part to play regarding average Birmingham house prices. For instance, the availability of credit directly relates to the number of buyers on the market, and overall consumer confidence also plays a part. However, Birmingham has a significant housing shortage, and until construction starts to keep up with demand, it seems that house prices will continue to rise over the next few years. Indeed, according to The Birmingham Mail, the number of homes in the city grew by just 11 per cent in 2013, which falls some way short of the 66 per cent rise in demand for homes. This lack of supply will continue to drive up house prices in England’s second city, which is bad news for new buyers, but great news for people who already own property.

Birmingham is widely known as England’s second city. With a population of around 1.1 million, it is the most populated metropolitan area of the UK outside London, and between 2001 and 2011, it experienced the fastest rate of population growth in the country, according to official census figures. Located in the West Midlands, Birmingham is of great economic and strategic importance. It has a proud history of manufacturing and industry, and those sectors have been enjoying something of a renaissance during the last two years

About the city of Birmingham

Birmingham located in the West Midlands, and it is currently the second largest town in the UK with a population of around 1.1 million. During the Industrial Revolution of the 18th and 19th centuries, Birmingham was at the heart of Britain’s push towards modernisation, and evidence of its achievements seen throughout the city. As well as being an industrial and manufacturing heartland, Birmingham was also responsible for the development of many trade skills, scientific discoveries and medical advances.

Birmingham is one of the UK’s cultural centres, as it is home to the City of Birmingham Symphony Orchestra, the Birmingham Royal Ballet, the Barber Institute of Fine Arts and the Birmingham Repertory Theatre. The city has a thriving nightlife, which is concentrated mainly on Brindley Place and Broad Street. There is also a vibrant Chinese Quarter in the city that is home to a range of restaurants and bars. Birmingham is also home to a variety of exciting festivals, including the famous St. George’s Day party, the Birmingham International Carnival and the Birmingham International Jazz Festival. The Wireless Festival is one of the UK’s fastest growing outdoor music festivals, and it always features the most prominent British music acts of the day.

The property market for houses for sale in Birmingham is recovering well from the crash of 2008, and it is currently experiencing significant growth in average home prices. If you are looking to sell your home in the city quickly, Flying Homes can help. We have working relationships with hundreds of property buyers and investors in Birmingham, so we’re confident of finding you a buyer within days. We can secure offers of nearly current market value for your home, so you get a fair price and a quick sale. Whether you need to act before a repossession, you need to relocate quickly for a new job, or you want to avoid the stress and uncertainty of the open property market, if yours is one of many houses for sale in Birmingham, make it one less by selling to Flying Homes!

IF buying or selling in Birmingham get a cash price for your property in just a few clicks!